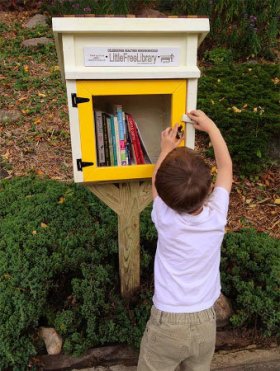 For those who enjoy a good, free read may soon have books available closer than before.

Glendale parks and recreation staff is looking into the cost and feasibility of adding Little Free Libraries to some city parks or community centers.

Little Free Libraries are small, mailbox-like wooden boxes where free books are left for passers-by to take home with no check-out process. The libraries operate on “an honor-system ‘take it, bring it back’ type program” said Glendale Recreation Administrator Paul King.

Any such program would likely include the city partnering with a nonprofit that could potentially sponsor the small libraries.

Staff and the commission would also need to decide what to call the libraries, as Little Free Library is the name of an organization that helps install the libraries around the world. 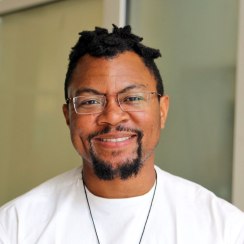 The idea was brought to the commission by Glendale resident Anthony Pratcher II, who

installed a Little Free Library in his neighborhood

in Arrowhead Ranch, near Dos Lagos Park at Utopia Road and 63rd Avenue.

Mr. Pratcher’s suggestions for new libraries were one at Desert Garden Park, at 71st Avenue and Ocotillo Road, and at least on in north Glendale, at Chapparal Park 57th and Grovers avenues and/or at Utopia Park, at 75th Avenue and Utopia Road.

Mr. Pratcher said the libraries are an amenity that benefits any type of neighborhood.

Staff is investigating funding sources for creation and installation of the wooden boxes as well as for an ongoing maintenance, repair and replacement program.

Mr. King said staff will strategically look for locations that are in both well-populated areas and in spots that would be less likely for the library to be vandalized, such as a well-lit area of a park or other public grounds or inside a public building such as a community center.

The Glendale Public Library system would assist in the creation of its smaller sister program, donating any books it could no longer hold to the Little Free Libraries.

“They don’t like to throw anything out,” said Jim Burke, director of Public Facilities, Recreation and Special Events. “When they get to the point where books might get to that level (of wear), they’d rather donate them to this and let it be part of it. But it’s not going to be an ongoing donation and replacement. It will just be a little seed money, little seed books, to get started.”

Mr. Pratcher worked with Southwest Human Development on the box he installed in his neighborhood, a group he suggested as an option for the city to work with on the project. He also suggested Habitat for Humanity as another option. It cost Southwest Human Development $100 to create the box for the library, Mr. Pratcher said. He said he made a donation of $500 to the nonprofit which covered the cost of the labor. It took two hours to install the library, he said.

Mr. Pratcher is a professor at at Carnegie Mellon University in Pittsburgh in the University’s Center for African-American Urban Studies and the Economy in the Department of History who spends half the year in Glendale. He said Little Free Libraries are a great way to promote reading and literacy, especially in neighborhoods where books might not be as common.

“At the very least having a little free library in the neighborhood has put this sort of avenue for literacy in everyone’s path,” Mr. Pratcher said. “And you can see it as kids are walking to the park with their parents or as students are going to school, walking down the street, they can just look real quick and see if there’s anything in there that’s interesting to them. Maybe, maybe not.”

In addition to giving people access to books they might not normally have access to, the libraries allow readers to share some of their favorite books with the community, Mr. Pratcher said, by adding it to the library for others to pick up.

Mr. Pratcher told the commission that the library he helped install near Dos Lagos Park has not had any issues with vandalism nor anyone leaving inappropriate books, such as obscene or pornographic material. There had been no books even really politically charged at that library, he said, but there had been some religious texts left.

The libraries had a way of self-policing any inappropriate material that shouldn’t be there, Mr. Pratcher said.

“Every time someone opens it, if they see something they think is inappropriate, then they kind of have that onus on that to decide whether to remove it or not. I think it does a good job of that,” he said.

It's the eventfulness of the everyday which makes Phoenix phenomenal. View all posts by theintellectualassassin